This was the first "real" cosplay I did, back when Homestuck was really in its heyday. I think I chose Kanaya because I'm a Virgo myself - oh, and because she's awesome. My only regret is not having time to make her chainsaw! I believe I wore this to two cons, A-Kon in 2012, and AnimeFest in 2013. This was my first experience with doing long makeup jobs - I had to get my face and neck completely covered with a homemade mixture of Ben Nye makeup. My hands are actually covered with "armsocks" with fake nails glued on, in order to avoid getting paint on things during the convention. 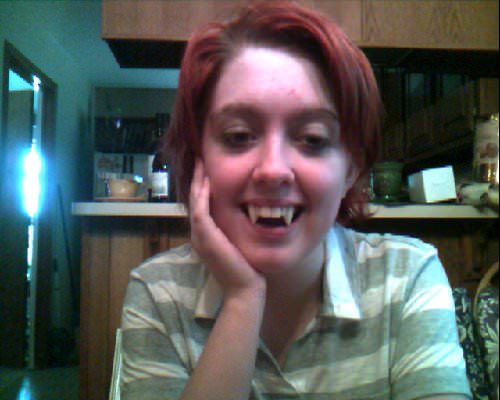 This is the ONLY WIP pic I have of my Kanaya, unfortunately. I kinda miss having red hair. 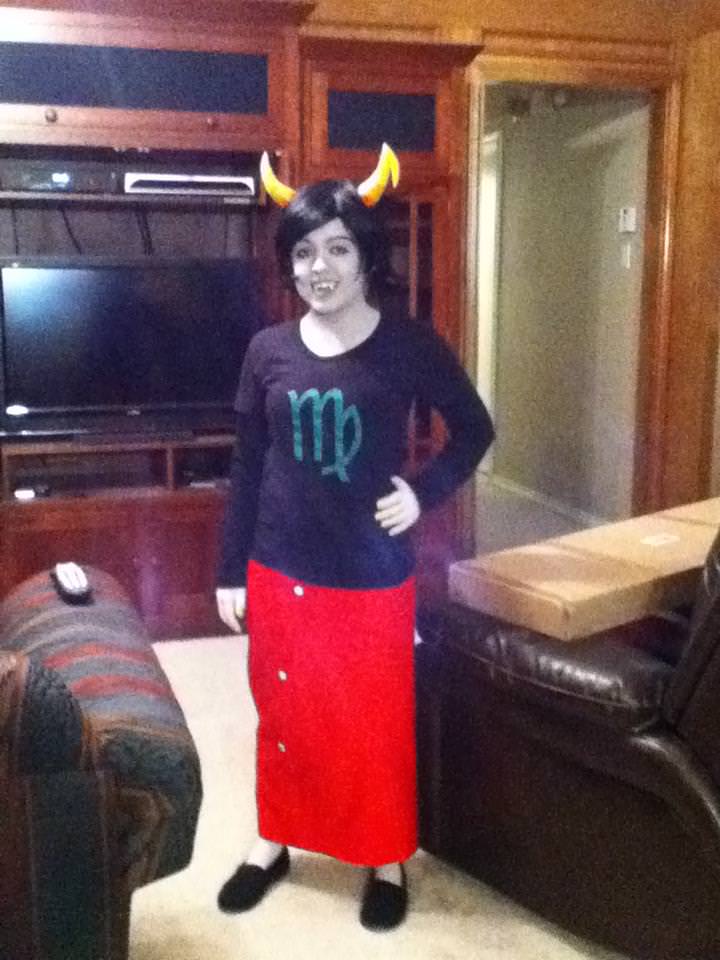 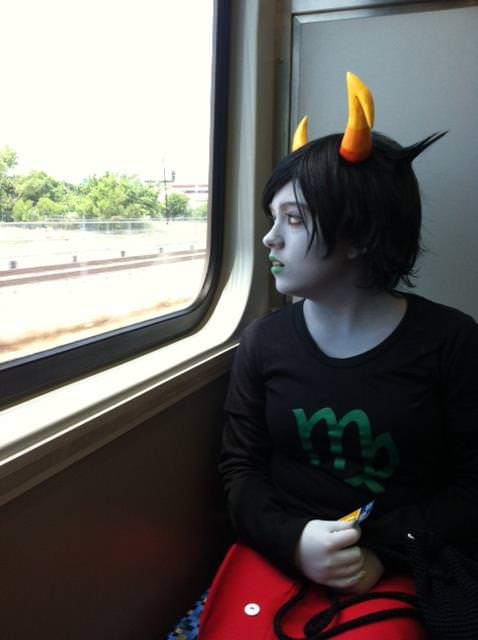 Taken on the train to the convention. I ended up scaring the shit out of a passenger by smiling at him with those vampire fangs in. 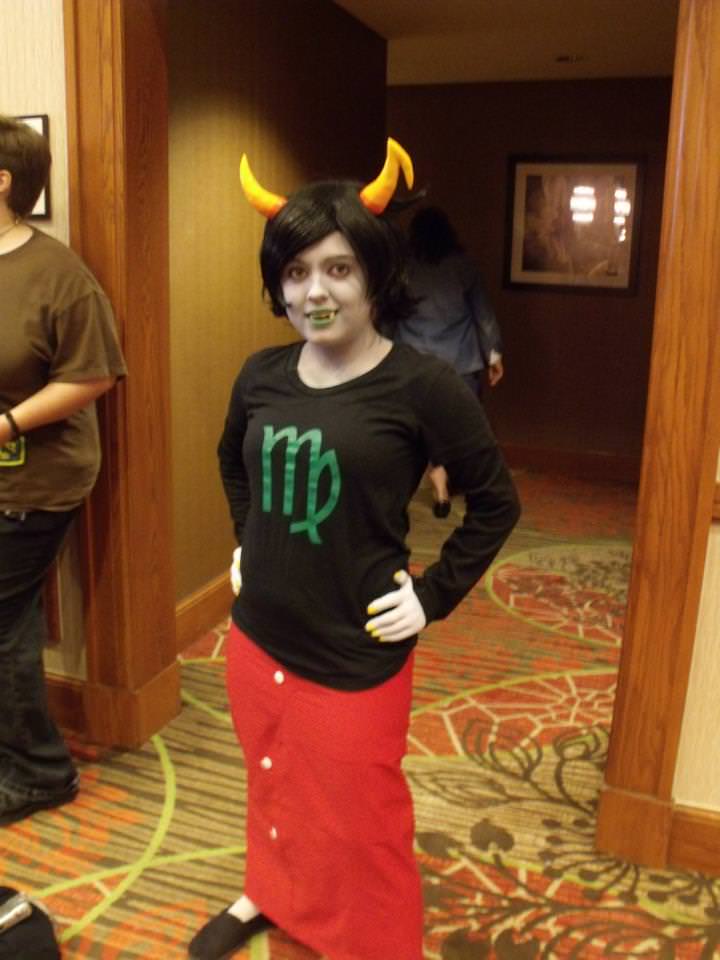